Running and London. Two of my favourite things. But as fellow Londoners will know, these are two things that aren’t always the most compatible when it comes to the levels of air pollution on some of the city’s most popular running routes. That’s why, when the opportunity came up to join the Tenzing Clean Air Run Club, to mark the launch of their new Clean Air running tool and to raise awareness of the level of air pollution in London, I jumped at the chance.

Using real-time data collected by the London Air Quality Network (part of the Environmental Research Group at King’s College London) along with run tracking from Strava, the Tenzing Clean Air tool provides users with an air quality score for their runs. It also has a feature whereby you can map runs and check the air quality of your intended route. Once you’ve logged in through Strava your score is automatically uploaded within your account and there is also a feature that allows you to see air quality scores for past runs.

Our run began on London’s most polluted street, Euston Road, and ended in the much cleaner airs of Hampstead Heath, with a jaunt along the canal through Camden lock and via Regent’s Park for good measure – clocking an overall score of 86.4 out of 100 on the clean air scale.

The Tenzing Clean Air Run Club meets every Thursday and has groups on Strava and Facebook that you can follow to find out the route and meeting point for the week. The club is open to all abilities and is led by the incredibly enthusiastic and motivating running coach James Poole, who led our run and got me to run up both Primrose Hill and Parliament Hill (the latter of which we climbed not once but twice!), no mean feat! 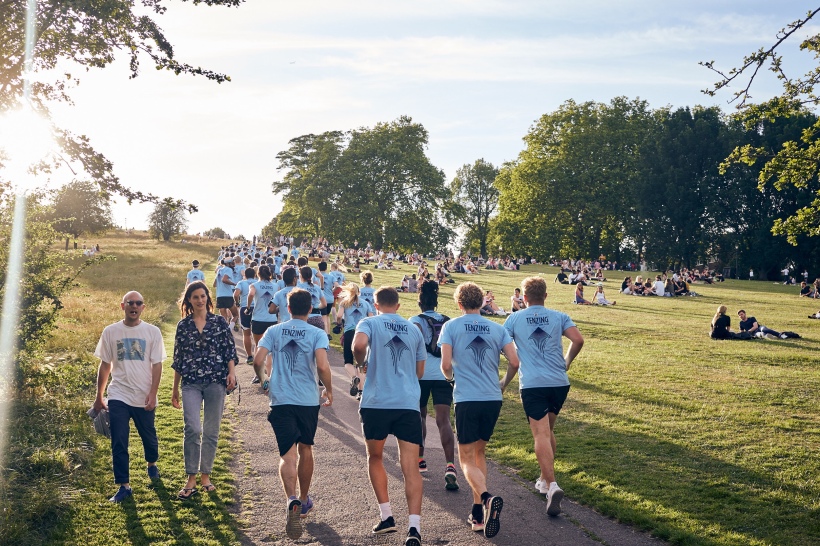 While at the event I also had a chance to chat with the lovely Tenzing founder, Huib van Bockel, and some of his colleagues, giving me the opportunity to learn a bit more about the company and its growth over the past three and a half years. 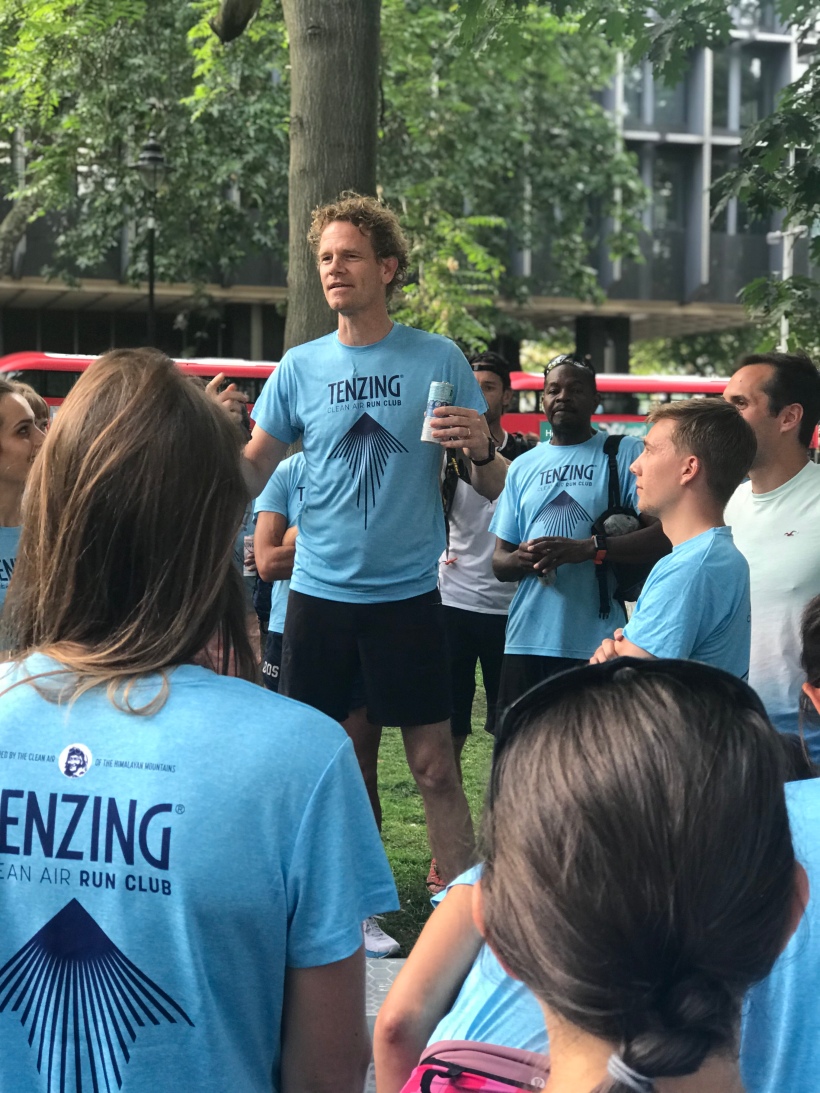 As a plant-based runner who tends to avoid sugary energy drinks, the Tenzing brand had been on my radar, as it sells itself on being ‘natural energy purely from plants’. I learnt from Huib that the ingredients are based on a Sherpa recipe of natural caffeine, electrolytes and anti-oxidants – none of the nasties found in many of the other energy drinks – and that the company is named after Sherpa Tenzing Norgay, one of the first two men to scale Everest. I was impressed to hear that the company re-invests five percent of its profits into environmental projects, uses BPA free, 100 percent recyclable cans and is working to make its whole supply chain as sustainable as possible.

With these green credentials and a clear passion to get involved in environmentally friendly initiatives, as well as a real belief in the product from the whole Tenzing team, this is a company that I will be keeping an eye on. I will also be monitoring the clean air scores for my runs going forward and I may even join the club again from another run!

The Clean Air Running tool is available at http://cleanairrunclub.tenzingnaturalenergy.com/

Find out more about Tenzing at https://tenzingnaturalenergy.com