A guest post from my good friend and fellow blogger Georgina, to celebrate her first year as a vegan.

I feel, today, rather like I have graduated from a training school. One year ago precisely I resolved to go vegan, and reaching this milestone feels akin to passing from the ranks of raw recruits to those of proven commitment – or at least those whose commitment is more seriously taken.

For one full year now I have forsaken meat and all foods with any trace of dairy, egg or other animal derived product. In other words: for one year I have shopped, cooked and eaten according to different priorities from those that directed my diet previously in life. For one year, I have negotiated sparsely-optioned restaurant menus and waiters helpful and hopeless. I have gone hungry at numerous (inadequately) catered events, and been touched by the consideration of friends and family members, who must now regard my appearing on their doorstep expecting food as something of a bewildering imposition.

For one year, I have forced my relatives to eat vegan chocolate cake on every birthday (my vegan chocolate cake being, mind you, disgustingly delicious), and have survived my first Christmas without turkey and my first Easter without a Cadbury’s Creme Egg. In between, I have travelled to Portugal, Germany, the US and Ethiopia (countries all with very meat-heavy traditions), and succeeded in sampling the local cuisine of each country while navigating my way around the potential pitfalls laid by each culture in the path of the plant-based dieters and discovering some unexpected delights along the way.

Above all, it has been a year of tolerating responses to my dietary choice ranging from aggressive incomprehension to genuine curiosity, and answering questions from the sincere (“What is the reason for giving up milk?”) to the absurd (“Can’t you just eat a bit of steak occasionally?”) to the frankly exhausting (if anyone dares ask me where I get my protein from again, they may feel the force of my lentil-powered muscles).

I am a little amazed, as I reflect on these experiences, that I have been vegan for a full year. But that is amazement at the speed with which this past year has passed, not that my resolve has held firm. On the contrary, to return to my earlier metaphor; if I have today graduated, it was from a course I never for one moment contemplated dropping out of. Because for me, veganism is not a sacrifice. If it were, I would not be writing this: I simply do not have the will-power for the senseless deprivation of deliciousness. Hence I have often repeated the truism that I could not be a vegan for a day were I not still allowed to eat hummus and peanut-butter.

So, to repeat the most oft-repeated question I think all vegans face: why am I doing it? Well, in my case, the realisation that I wanted to go vegan came upon me quite unexpectedly. 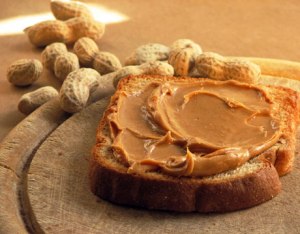 Last summer, I was mid-way through a challenge to do one new thing every week of the year, which I chronicled in weekly blog posts. Most ‘new things’ took the form of one-off activities, such as speed-dating, pole-dancing or wakeboarding. I wanted, however, to balance these against longer-term experiences that would challenge me not for an hour or a day, but a whole week or more. An obvious candidate for such an extended experience was to undertake a dietary challenge, such as giving up caffeine or going gluten-free. In the end, I went vegan for one week. All I remember of my reasoning was that I had rejected vegetarianism as inadequate because I only ate meat occasionally anyway; veganism therefore seemed far better fodder for an interesting blog. In other words, my decision was effectively mercantile and motivated by my own doubt in my ability to survive seven full days as a vegan, thus providing me with an opportunity to recount in amusing detail my struggle with self-control, and the inevitable victory of my sweet-tooth – and the biscuit shelf at work.

However, far from succumbing to the temptations of a chocolate digestive before the week was out, the most surprising thing happened. I enjoyed my week of veganism.

After a mere seven days I felt healthier – not in any way I could pinpoint, rather in being conscious of an indefinable betterness. I had loved all the recipes I’d tried, and was already beginning to think more about what I was putting into my body, and to appreciate the extraordinary variety of possible foods I could still eat. And then, as the week rolled on, I began to do some research into animal welfare, the conditions of factory farming and the impact of the meat and dairy industry on the environment, the world’s ecosystems and global warning, not to mention our global food supply. As I read up on these subjects, veganism, which had already proved itself as a perfectly pleasant way to feed myself, became more than a dietary quirk or an obsessive behavioural tick. It revealed itself as a responsible approach to my body, to our planet, to the other living creatures we share our planet with, and to helping ensure the sustainability of our way of life.

Put simply: I had realised a more logical way to live. To revert now would defy reason, and undermine any claim I could have to interpret and live life rationally. Hence veganism, this past year, has never been a hardship. Hence my gut reaction, if only I dared ever say it, to the question “Why are you a vegan?” is “Why on earth are you not?”

Of course to ask that question would be insufferably hypocritical of me – I was after all not a vegan for the first 26 years of my life. My excuse for why it took me so long is simply that I don’t think it ever occurred to me before to question what I was eating – to really think about what we accept in our culture as a “normal” human diet. Because I’d been subconsciously ingrained by habit since childhood to believe that the heart of a meal is the meat portion and that milk is an unquestionably vital part of our diet. So convinced are we of this that we rarely stop to wonder whether it is not odd that humans are the only species to drink milk beyond infancy and, what is more perverse, to drink the milk of a different species.

On the flipside, I had never previously given veganism any thought either. In which I do not think I am unique: many non-vegans I have spoken to lack a simple understanding of what veganism is, and, crucially, assume it is highly restrictive, and therefore difficult and dull. Some people I speak to seem to think I must subsist on nothing but nuts and celery. It’s not uncommon to be asked if I can still eat bread. I’ve even been asked if I eat vegetables, and been asked whether supermarkets sell my “kind of food”, as though vegans eat some kind of special food that the uninitiated are not privy to.

Why I find all these responses so amusing is simply this: far from feeling that my eating options have been restricted or dulled, I have been more experimental and adventurous in my cooking this past year than ever before. I probably have a greater range of ‘standard’ recipes that I knock-out of an evening – from English cuisine to Indian, Moroccan, Italian and Chinese – and love nothing more than ferretting around in wholefood stores to find tasty new lunch and snacking options. Essentially, by forcing me to think more about what I’m eating, I have come to re-appreciate food, and truly enjoy it more than ever before. In other words, veganism, for me, has been something of a food liberation.