When I worked at a literary agency, I remember we would tell our authors to read as much and as widely as possible to help them with their own writing process. The irony is, for me, the more I read the less I seem to write. With my daughter’s nap times acting as my only window to indulge in one passion or the other, if I’m lost in a good book my writing falls by the wayside. This is, in part, why I have been so quiet on the blog of late. But since my last post I’ve been up to a bit more than just burying my head in my books. On 28 April, eight and a bit months after having my first baby, I ran the London Marathon. 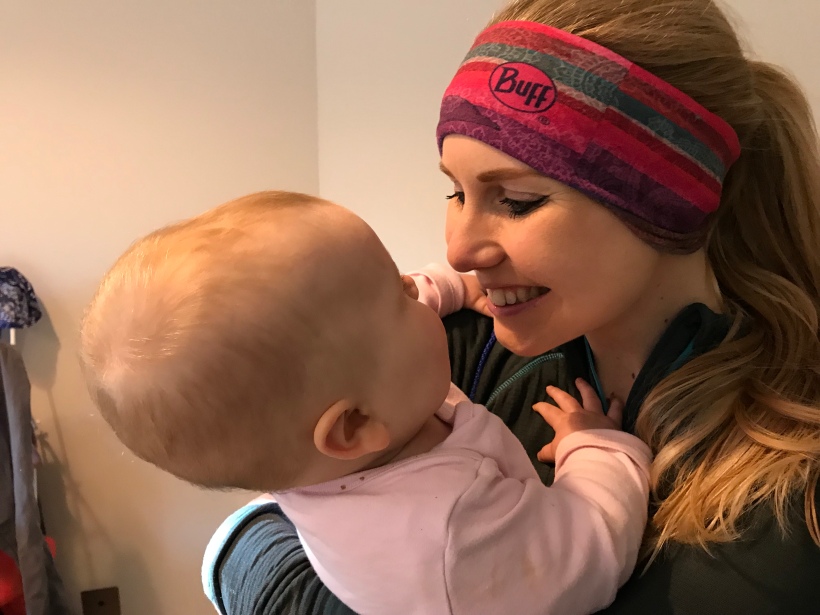 If training for a marathon with a new baby, while breastfeeding and averaging three wakes a night wasn’t enough, we spent the weekend prior to the race in hospital with a poorly little girl. My final two weeks of training were eclipsed by caring for a baby with a raging fever, very little sleep and a lot of worrying. A night in a hospital bed cuddling a little girl with an arm full of tubes and needles replaced my final eight mile run and I seriously questioned whether any of us would be in a fit state for me to take on the 26 miles pencilled in for the following week.

Miraculously, antibiotics, cuddles and a few nights in our own beds saw all of us getting back on track and on the Thursday before the race, my daughter Florence and I went to the marathon expo to collect my number.

Luckily the night before the race F only woke twice and in the morning she gave me time for a shower and to get dressed before she needed getting up. Morning marathon prep comprised of a cup of tea, feeding my daughter and expressing before I set out to the start line.

Since having a baby my digestion hasn’t been great and I haven’t been able to eat at all before a run without negative consequences. I’ve done all of my long runs while fasted and relied on gels for fuelling anything over 17 miles. I was slightly anxious on the morning of the race that I’d not run more than 20 miles using nothing but gels, but I didn’t want to risk ruining my race due to GI issues, so I resisted the temptation to scoff a banana before the race and crossed my fingers that my gel fuelling plan would get me through.

The atmosphere at the start of the race was amazing and every mile was supported with cheering crowds offering moral. There were also plenty of water stations and lots of toilets along the way.

The first 8 miles passed so quickly I couldn’t believe that I had really completed them. I felt good and enjoyed smiling at the spectators and reading all of the banners and signs with messages of support. I spent miles 12 to 14 on the lookout for my husband, daughter and friends, who had come to cheer me on, and seeing them gave me such a boost. Running over Tower Bridge at the half way point was also an incredibly uplifting experience. 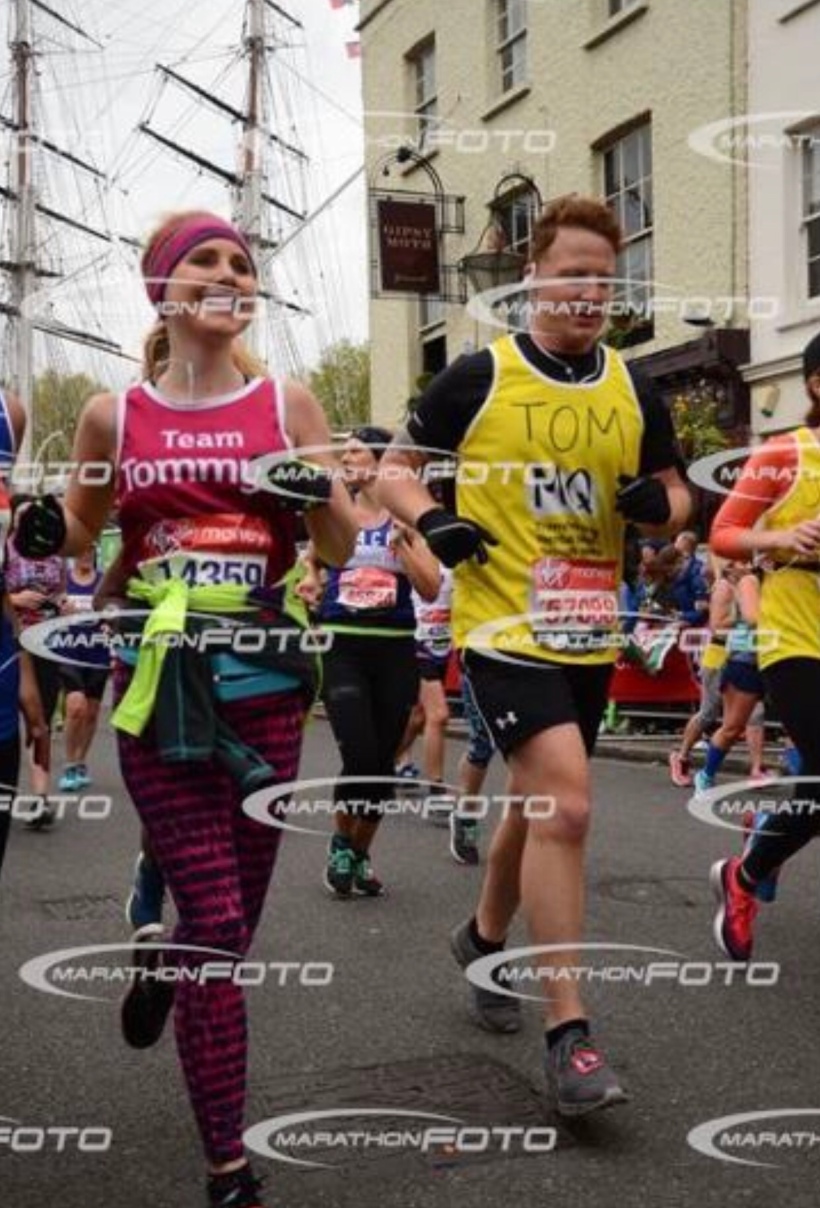 I had a little bit of hip and foot pain around mile 16 but I was able to distract myself from it enough that by mile 20 it seemed to have subsided.

I knew I had supporters waiting again at mile 22 and knowing they were there really spurred me on to keep running and smiling!

The last four miles of the race did feel like a long way, but I broke it down a mile at a time and I’d kept a salted caramel and caffeine gel back for the final push to get me through.

I crossed the line in four and a half hours and with a massive smile on my face!

I felt so elated and proud to have completed the race and so grateful for all of the support from my friends and family, who came to watch and cheer and also sponsored me, allowing me to raise money for Tommy’s the children’s charity.

The best thing was meeting up with my husband and daughter at the end of the race and coming home for tea, toast and lots of cuddles.

I have to say that this marathon training cycle and running in the London Marathon have been the most wonderful of experiences. It was so great to take the pressure off myself and not to worry about running for a particular time and to know that I was just going out there for me.

Until my next, happy racing.

Don’t mind if I do 🧁
You’ve got a friend in me. Florence and Pushy enjoying ‘family film Sunday’ one of our new lockdown rituals.
Florence spent a good half an hour selecting just the right head attire for everyone (Whale had several options before settling on this turquoise number; Blue Elephant wouldn’t settle for anything less than the crown). This is very important work and requires much concentration.
It’s a dinosaur 🦕 windmill, obviously. I’m slightly concerned that the vast number of crafts we are making are slowly filling up the house 🤔when is it acceptable to start smuggling them into the recycling?!